Lives and works in Berlin

Her artistic work on the alternative art scene of East Germany at the end of the 1980’s. During this time she created music, performances and paintings and cofounded together with the feminist artist group Exterra XX. In defiance of everyday life under socialism, the group lent individual dreams provocative artistic forms that were combinations of poetry, sounds, clothing, painting and movement.

She played violin, used painting to visualize the sound and performend with dress-objects wich created sound. The performances with Exterra XX became more frequent and touched on politically explosive themes relating to the collapse of the GDR and the ensuing search for a new identity, new values and a new direction.

From 1997 to 2003 she studied art at the Bauhaus University in Weimar. Since that time she worked with video and performance installations. In the last few years, her art has increasingly focused on issues of recent history and its effects on identity, topics she has explored in several intercultural conceptual projects in countries such as Albania, Armenia, Australia, Bangladesh, India and Taiwan. 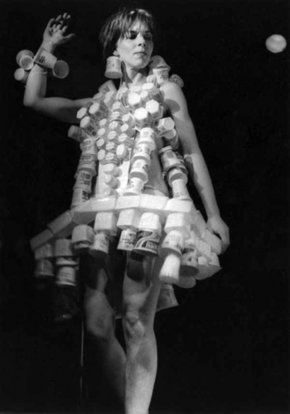