Joszef Juhasz has been active on the international scene of performance art since the mid- 1980's. He is a renowned intermedia oriented performer and poet, and have realized hundreds of performances and published four books of experimental poetry.

Since 1987 Joszef Juhasz is the leader of Studio erté (International Multimedia Art Organizing Company) that he co-founded in Nové Zámky with the purpose to support action and intermedia art. Until today he have organized under its aegis nineteen international multimedia/performance art festivals „Transart Communication“. Since 1989 he is an editorial board member of the prestigious art magazine „Hungarian Workshop“. In 2000 he co-founded the Kassák Centre for Intermedia Creativity „K2IC“. Since 2009 and onwards he has realized several performance art workshops in Slovakia.

Urban memory is a durational conceptual performance. It is a subjective interpretations of the city, by the eye of the individual visitor (artist), who get primary informations and feelings about the city from the direct contacts with citizens, from visiting places of interest, from random walking in the city. During the performance I will take photos of city details, collecting items from the city and from the peoples on the street. And also mark places where I will take memories. At the end I will present collected items and maked photos as my Urban memorys about Guangzhou. Connecting virtual items (photos) and real items, and marking places from where it was collected creating the concept of Urban memories.

Presented with the generous support of the Ministry of Culture of Slovakia. 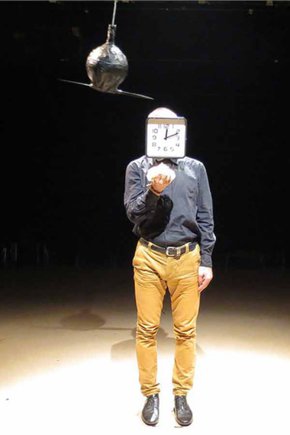