Lives and works in Genève.

Anne ROCHAT positions the human body at the centre of her artistic work, a body flexible and strong, subtle and athletic, wild and acrobatic. Her postures are incongruous and a little absurd and lead her into offbeat situations, she expresses herself with forbidden gestures we can only dream of engaging in ourselves. The artist takes her position through actions both sensual and powerful, mellow and savage, disturbing, sometimes funny and always informed by rigouruous aesthetic discipline. Spectacular without being a spectacle, the live art performances of Anne Rochat invite us to marvel.

Presented with the generous support of Pro Helvetia. 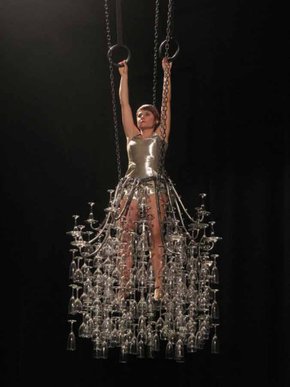