The Guangzhou Academy of Fine Arts (GAFA) is a provincial institute of higher education with a variety of departments and specialties of Fine Arts and Design.

The undergraduate course was introduced in 1958. The postgraduate diploma followed in 1978. The postgraduate M.F.A. degree course was introduced in 1982. GAFA is one of the first authorized institutions to award M.F.A degrees in the whole country. In 1986 it began to recruit students in continuing education and started to enroll international students, overseas Chinese students and students from Hong Kong, Macao and Taiwan. With approximately 8000 art students, GAFA, is one of the biggest art schools in Asia. 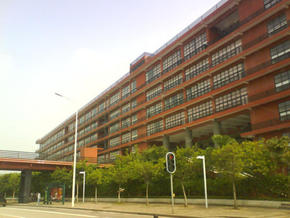